We were talking about the RAF at work today. One of the girls’ husband used to go around finding the bodies of the pilots that crashed and take them back to camp. Now, why can’t you have an interesting job like that Alan! Thanks for those photos. I like the one of you on skis. 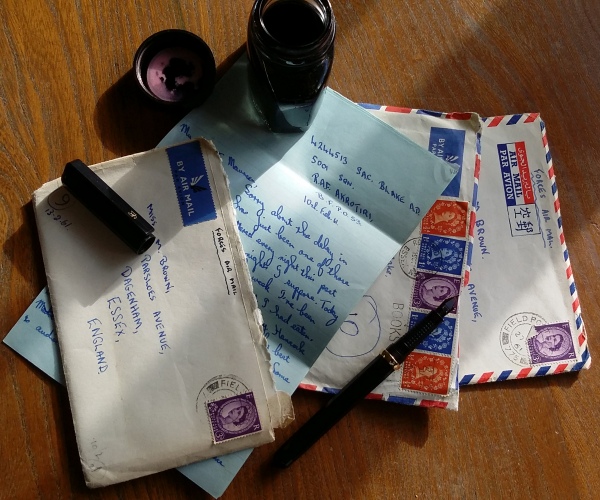 Sorry about the delay in writing darling. This has been one of those weeks, been really shattered every night this past week. Just too many late nights I suppose. Today was about the first time this week that I’ve been to breakfast and remembered what I had eaten.

I honestly can’t think of anything interesting to write about. It’s always the same. Wednesday, when I didn’t have much time there was loads to tell you. Now I’ve got all evening I’m stuck.

Feeling good today, health wise. Feeling bad, that wise. If you were here you wouldn’t stand a chance and we’d end up married by Easter so our first child wouldn’t feel embarrassed.