Thanks for the letter and that gorgeous little poem you wrote out.  I think it is smashing, I’ll have to frame it.

I think that is a smashing idea to send my parents a birthday card.  It’s a good job you mentioned it when you did because my dad’s birthday is next Thursday 30th.  Mum isn’t til December.  I mentioned it to mum and she was quite touched. 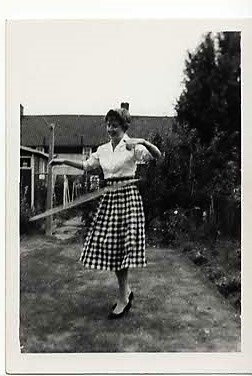 Thanks a lot for those photographs.  They are mighty good, man.  Had they been a bit lighter they would have been even better but I’m not complaining one bit.  Received your (my) letters on Monday and Wednesday so I’ve been pretty chuffed these past few days. 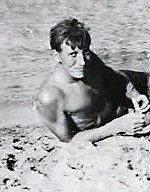 Alan’s letters have been coming twice a week regularly and I really look forward to reading them and writing my replies to him.

I have hardly been out in the evenings since he left though nothing was said about my giving up ‘living’ in fact, just the opposite.

Honestly, what a night I’ve had tonight  - or perhaps this evening would sound more respectable.  I’ll tell you the whole story from the beginning.

Matt Monro – I Will Wait for You